While I’m certain that movies and shows have transformed my life in some ways, it’s difficult for me to choose three movies that have made a notable impact. This is likely because I didn’t watch very many movies as an impressionable child or young adult and by the time I began watching movies as an older adult I had developed more of an observational attitude towards them rather than becoming enthralled in the entertainment and the message.

My first movie memory was a free community movie in a very small rural town where my family was staying. I remember folding chairs and a room with a projection screen. I was too young to follow the plot or remember the movie, but I recall my oldest brother was in charge. Even though I don’t recall the movie, attending a public show with my siblings will always hold a spot in my heart as a charming childhood memory.

The second and most memorable movie I recall as a child is Chitty Chitty Bang Bang. My parents rarely took our family to movies when I was a child. I remember being very excited that we were going to see this movie. It was a big deal for my parents to take us to a drive-in movie and it was an even bigger deal that they would take us in our pickup, especially because there were five children. Unfortunately, after the movie began a huge dust storm followed by a rain storm rolled in and everyone was forced to evacuate the drive-in theatre. It was quite an adventure driving home in a storm with seven people in a pickup.

Another movie that stands out in my memory is many years later when I took my own daughter to see her first movie when she was three. The movie was An American Tail starring Fivel the mouse. I was so excited to take my daughter to her first movie and looking forward to the memories we would share. Unfortunately, my daughter fell asleep about five minutes after the movie started and missed the whole thing.

I suppose the point of my unfortunate movie experience is that although I don’t believe movies have necessarily impacted me in a life-changing philosophical way, movies have in fact impacted my life.

Most important to me is the fact that movies have provided cherished, albeit fumbled family memories and after all, isn’t that what’s most important? 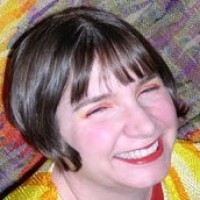